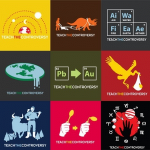 Heyo, I'm a native of Seattle with family mostly from Australia, England, Holland, Ireland and Poland. I've been gaming on computers for about 35 years, have dallied with mod communities (mostly Baldur's Gate, but a few more, especially Skyrim, since the advent of the Nexus family of sites) in the past 13 years, and with Wikia communities in the last 7 years (mostly Dragon Age, but including Fallout, Mass Effect and Witcher).

As far as the Wikia exposure goes, there are two reasons that nobody familiar with any of those sites is likely to recognize me: (1) is that I am not a serious generator of content but more of a copy-editor and nitpicker, and (2) is that i make a different name/account for each game.

As far as the modding goes, I stress the term 'dallied' - in particular I spent a fair amount of discussion time on the pocketplanegroup forums, and did a tiny amount of beta testing, but I have never been an actual modder, only a consumer of their often brilliant and too-often-thankless works.

I stumbled into Academagia because my latest favorite "p&p" RPG is Ars Magica, and I somehow managed to hear about a Kickstarter for Black Chicken's Schism War project - while it was still open! Tragically I was without any funds whatsoever and could not bring myself to impose on my then-fiancee's benevolence any further than I already had been. (It's hot air now of course, but I swear I would have put $1000 towards the project if I could have! I was also embarrassed and annoyed that I didn't even have any social contacts who were fellow fans of ArM - the only people I had ever begun a campaign with (in college) had disappeared from my life before there was even a 4th Edition.)

I was even too poor to afford Academagia for at least a couple of years after the heartbreaking shortfall of said project, and became distracted by the semi-dreaded Mundane World for a time. Then once I did have a steady income, I began the laborious process of padding my Steam account with hundreds of games that had 'fallen through the cracks' of my awareness/experience over the vagaries of the prior two decades or so.

Just after quitting my most recent job and relocating overseas to help family, I was reminded of Academagia during Steam's summer sale. And here I am. Still haven't finished Year 1, as one of my worst gaming weaknesses is addiction to character creation at the expense of serious character development.

(I'll adjust this once I've 'caught up' on one character.)

Retrieved from "https://academagia.fandom.com/wiki/User:Desiderastus?oldid=30302"
Community content is available under CC-BY-SA unless otherwise noted.